One normally associates successful couples in the same profession with lawyers, doctors and even filmstars. But stock market? Yes, that too has one. Chennai-based Dolly and Rajiv Khanna are a couple to beat. Few can rival their ability to spot value small-cap or mid-cap marvels. Dolly counts as one of the top analysts in the fraternity of value pickers in India.

Rajiv started investing in the market in 1996 with an initial investment of Rs 1 crore, which is now worth over Rs 750 crore, according to reports. Their portfolio would also include other companies in which the duo holds less than 1 percent stake.

The two have a knack of spotting multibagger stocks and know when to book profits and when to increase stake in companies offering value after a  correction. 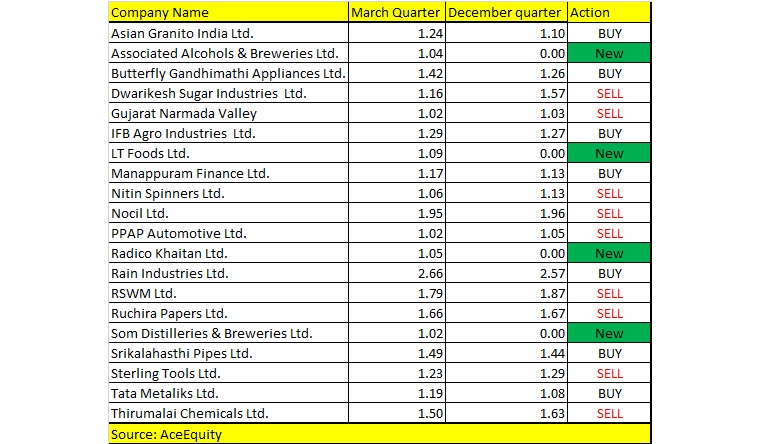 The duo added shares of three distillery companies during the recently-concluded quarter. These stocks have given stellar returns in the last one year, having risen around three times. Radico Khaitan rose 237 percent, Associated Alcohols 185 percent, and Som Distilleries rallied 108 percent in the last one year.

Associated Alcohols is a liquor manufacturer and bottles vodka and Scotch whisky for international brands.

Dolly has always been an active trader and believes in playing the momentum game. This is evident from the fact that she has either bought or sold some part of the holding in all the 20 stocks listed in her portfolio. 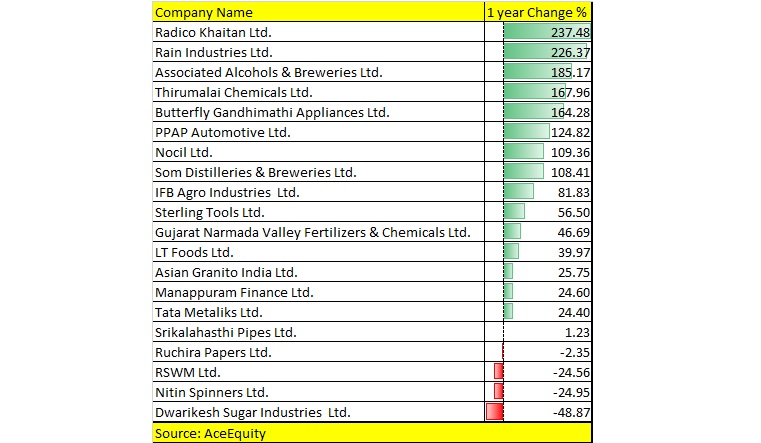 She added four stocks to her portfolio in the quarter ended March but exited or reduced her stake to less than 1 percent in four companies --  Dhampur Sugar Mills, Emkay Global, IFB Industries, and Nandan Denim, according to data available on April 20.

Dolly’s portfolio has more winners than losers. More than 80 percent of the stocks gave positive returns, with eight stocks rising more than 100 percent in the last one year. Only four of the 20 stocks gave a negative return over the same period.

Some of the stocks, other than the three beer and spirit makers that rose more than 100 percent each, include Rain Industries (up 226 percent), Thirumalai Chemicals (up 167 percent), and Butterfly Gandhimathi (up 164 percent), among others.